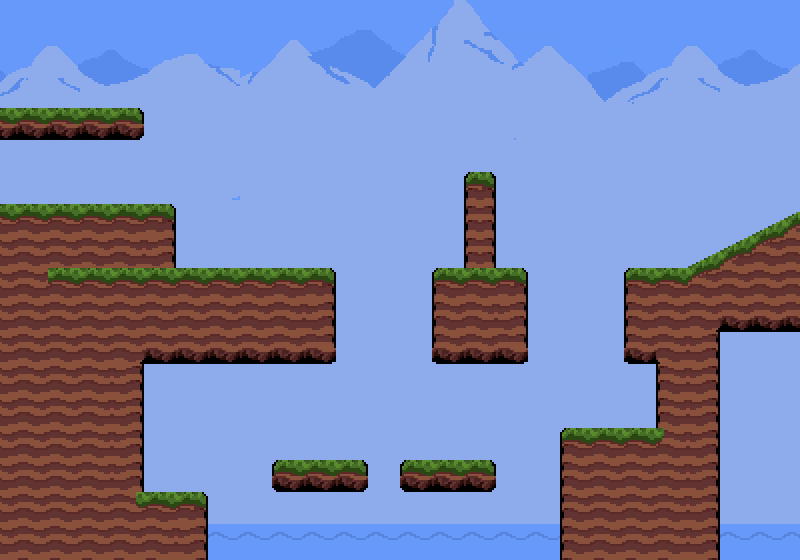 Whilst I updated this site this week, I also decided to put some effort into finishing the design of the new Xentu website. One thing that is holding me back from completing the task though is good artwork.

See no matter how strong of an engine Xentu becomes, I doubt anyone will care unless I can present it correctly. You know? like showing what kind of games are possible with the engine. At the moment the best I have on offer is, sighs… Pong.

This engine can render rich pixel-art games with animated sprites and wonderful particle effects. But you just can’t tell because there is no visual demonstrating it. Now take that infomation, and imagine trying to present a website about it. Hard right?

I have dabbled in creating art for games before. But I have always assumed that someone else would take over eventually. I usually want to focus on the code, building mechanics, not aligning pixels day after day.

As a result, my art skills are currently at about zero point gitgud. Which is sad I know. Considering the situation, I think leaving it for so long has been a mistake that I probably need undo quickly.

Doing something about it

So this weekend I’ve decided to finally get my hands dirty. I had time to kill whilst nursing a hang over from Friday night’s work do. So I began watching tutorials and techniques to help me learn how to produce pixel art.

Surprisingly there are quite a few production methods that I was not aware of. Things such as colour index grading (where you work with a limited colour set), and common sizing rules for tile sets. Other things that seemed like common sense, but I hadn’t put much thought into like picking the right tool for the job came up too.

I bought a copy of an art package called Aseprite. It’s on sale on humble bundle for £10.99 at the moment, so pretty fair considering what you get. I noticed a bunch of the more talented pixel artists I’ve seen on YouTube all use it, so it felt like a nessisary buy.

Demo of the tileset I created, loaded up in Xentu.

It’s basic and rough, I am well aware. But never the less it is actually recognisable as a tileset, and I now know that I can make the correct tiles to build games, which makes me super happy!

This week I will be practicing placement on shading, and getting the colours to fit together more so I can start building my own style of sorts. Patterns seem like quite a big thing to get into as well. Such as learning how to make something actually look like water/grass/snow etc…

Side effects from doing this…

Believe it or not when I went to import my new tileset into Xentu, I discovered some unexpected issues. For example Tiled leaves out some information when it comes to which tile belongs to which tileset. In the documentation it clearly doesn’t mention any of this. So I made a few assumptions that could have easily bitten me in the future.

Sure enough when I the map launched for the first time, half of the tiles were missing! And the tiles that did show were from the wrong bloody tileset.

I’ve fixed both issues permenantly now, which is great. Though I’m curious as to what else is lurking when I try to start using other parts of the engine. Perhaps if an absolute noob like me can make games in Xentu, a lot of debugging can be done as well. We will have to see 🙂

Now that I’ve started to get a handle on my artistic anxiety, there is finally motivation to complete the site. I’m going to make effort this week to produce more art, which should drastically reduce the todo list I have. Considering what happened this weekend, this week’s GIT commit log should end up quite entertaining!

I will be working on the Xentu website, and getting it finished this week.